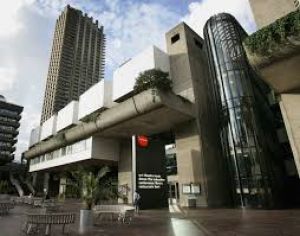 Czech director Gustav Machatý was an artist devoted to pushing the boundaries of accepted taste and fashion, resulting in some of the most scandalous European films of the era.

Andrea (Ita Rina), a young stationmaster’s daughter, becomes pregnant after one extraordinary night of passion with a charming playboy, who took shelter while travelling. Shamed and alone, Andrea marries a stable and boring fellow, all the while dreaming still of her lover.

Stunningly beautiful in its style, Machatý makes both the passion and dullness that Andrea experiences quite palpable; we can feel her dilemma. But though the choice between stability and passion may be well-worn, the story illustrates our changing tastes: today, it is not our female protagonist that we’d consider to have behaved badly.

Recently restored by the Czech National Film Archive, Erotikon is a landmark in European silent film, accompanied on piano by Thomas Ang and theremin by Lydia Kavina.

Organised in collaboration with the Czech Centre
Part of the 20th Made in Prague Festival, 5 November – 2 December 2016


Take a look at our online shop now to get your hands on an exclusive Cheap Thrillstote bag by illustrator Verity Slade.