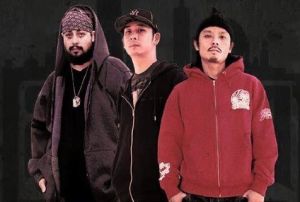 Yard Beat was founded in 2008 in Yokohama Japan. The members of Yard Beat are the following Desem (Mc/ Selector/ Owner), Mitch (International Member), Don Lyon (International Member) and Holy Box crew (sound system engineers).
Starting 2008, Yard Beat had the show with Bounty Killer, Elephant Man, Busy Signal, Munga, Pressure, Alaine, Sanchez, Marcia Griffiths, Bushman, Black Kat, Stone Love and Bass Odyssey in Japan. Also touring 27 places throughout Japan in three months. Appearance in Germany for Sentinel's famous "Kingston Hot" event in 2009.
In 2009, Yard Beat played for Global Clash in Brooklyn against Black Kat, Super Sonic, Tek-9, and Synemaxx. Promoting the Sound Clash tour in 5 cities called "Sound War 2K9" with other sounds and made a new history in Japan. Yard Beat has won the title three times consecutively and became the Sound War 2K9 champion.
Starting the summer of 2009, Yard Beat has been playing for Xclusive radio ( FM 97.5 in Brooklyn ) every Monday night in New York City with Tek-9 for two years and played the front act for the show such as Tarrus Riley, Sanchez and Brooklyn Music Fest 2010 with all the greats.
In 2010 for the first time in over a decade in Japan for one on one clash called "Dead this time" against a sound called Rock Desire from Osaka was booked and was a big success and made a extremely strong impression.
December 3, 2010 in Brooklyn NYC Yard Beat participated in Global Clash against King Addies, Super Sonic, Black Kat, and Rootsman.
Yard Beats first time going to war in Germany was in 2011 for the clash called "Modern Warfare" in Berlin and took the trophy over "City Lock Sound" Berlin's home team favorite. Finishing off 2011 strong Yard Beat had an impressive showing at the "Brooklyn Show Down ~The Good The Bad The Ugly~" clash becoming victorious over Blunt Posse from the Bronx and Black Blunt Sound out of Negril Jamaica.
Starting off 2012 sharp as a sword Yard Beat proved to be the better sound defeating Barrier Free in their hometown of Osaka in the clash called " Who a di baddest Japanese Sound Killer"
For the second time in Europe, Yard Beat decided to participate for the biggest sound clash in Europe in 2013.
"War In The East" in Enschede Holland against Kosmik Movements from Brooklyn NY and the veteran Sentinel Sound from Stuttgart Germany.
June 2, 2012 Yard Beat returns to Brooklyn for one of the most controversial clash yet against Justice from Jacksonville Florida and Orijahnal Vibes from Brooklyn. Due to the confusion of last minute rule change in tune fi tune Orijahnal Vibes ended up the victor but more importantly Yard Beat Sound won over the clash fans letting them know Yard Beat is still on top the frontline.
Yard Beat Brings a positive and energetic vibe along with a variety of selections and will keep playing for the people who love Reggae music and prove that music has no border to spread Reggae music worldwide.