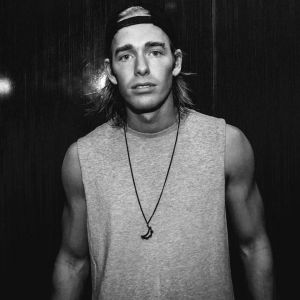 William James Sparks (born 15 March 1993) is a producer and DJ from Melbourne, Australia,[1] who is best known for his 2013 single "Bring It Back" with Joel Fletcher and his 2014 single "Ah Yeah So What!" with Wiley and Elen Levon. He attended Caulfield Grammar School in Melbourne, but dropped out at the end of year 11 to pursue a musical career.[2] His debut EP was released in Australia and debuted at number 35 in December 2014.[3] Sparks has toured America and Europe and has headlined festivals such as TomorrowWorld, Stereosonic and Future Music Festival.[4] He was named No. 1 Australian DJ in 2014.[5] In January 2014, Will Sparks partnered with Electronic Music lifestyle brand Electric Family to produce a collaboration bracelet for which 100% of the proceeds are donated to Beyond Blue. Beyond Blue is working to reduce the impact of anxiety, depression and suicide in the community by raising awareness and understanding, empowering people to seek help, and supporting recovery, management and resilience. https://www.facebook.com/Willsparksofficial/timeline https://soundcloud.com/willsparks www.willsparks.com.au/

Tutti gli eventi per will sparks