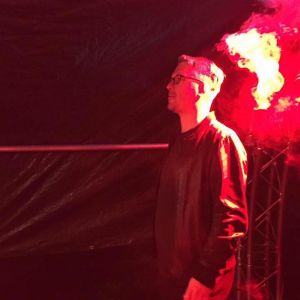 Klas Sasse Lindblad have been living, breathing and creating house music for the past 20 years. Coming from Northern Europe, born and raised in Finland, later relocated to Berlin he´s seen, heard and created many styles of electronic music in clubs and on live stages.

A dj from day one, Sasse has as well always been writing and producing music under various pseudonyms and with different artist as collaborator. Be it then the fresh collab as Hot Lunch with studio partner Ewan Pearson, the electro-tinged Mr Negative project with Holmar Filipsson from Thugfucker fame, him collaborating with Henrik Schwarz on Sunday Music or Moodmusic - or any of the numerous productions and remixes as either Sasse or his alter ego Freestyle Man for labels such as Audiomatique Recordings, Pokerflat, Bedrock, Save The Black Beauty and NoFitState- the success has brought him all over the world to represent his driving, yet deep dj-style and the sounds of his Moodmusic label.

And rightly so, the label going from strength to strength, riding high in the dj-charts as well as being supported by the majority of the a-class disc jockeys around, Moodmusic is pushing new talent as well as keeping floors bysy with well known names like Ed Ed, Pawas, Deux Tigres, Benny Grauer, Dave DK and Jack The Box.