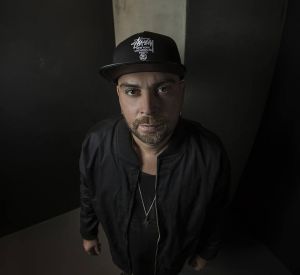 Italian DJ and producer Sasha Carassi, started his career due to an ongoing passion for House music.  At the moment he has risen to the cream of the crop of the world's Techno DJs, known for for his impeccable skills and strong work ethic.
2010 was an essential year for him - especially production-wise - with releases on labels such as the legendary Drumcode, making his presence known in the darker and and more big-room oriented sides of the genre.
He has collaborated with renowned Techno artists worldwide, with a highlight being asked by Danny Tenaglia to play by his side in Sasha's hometown of Naples, instantly boosting his career.
In 2009 he founded Phobiq Recordings, an interpretation of his musical taste and a reflection of the sound he champions in his performances.  Phobiq gained prestige in the last few years, becoming one of the most respected Techno labels, thanks to releases from extremely talented producers.
Sasha has been playing in the best festivals and clubs around the world and he is able to showcase his expertise thanks to his solid musical background and a passion for collecting vinyl since the late 80s.
Today Sasha can be considered a landmark for contemporary Techno lovers, without ever forgetting his old-school origins.