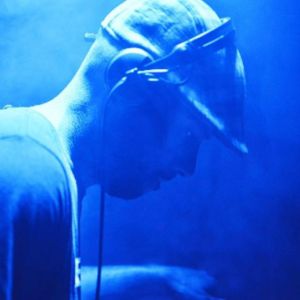 There is one adjective most commonly applied to Detroit producer Patrice Scott's music: deep. With releases dating back to 2006 and a DJ career spanning 30 years, not to mention his own label, Sistrum Recordings, Scott's made a slow and steady career out of atmospheric dance floor cuts. For a DJ influenced by Motor City giants like Electrifying Mojo and Ken Collier, his head-down, unflashy style puts him in closer company with Fred P than fellow Detroit housers like Terrence Parker or Moodymann. Ten years in, Scott's first LP, Euphonium, is quite literally unhurried—his is the sound of a patient and historically-minded producer with the confidence to carve out his own lane.

Though the house album presents a difficult notion in a market dominated by EPs, it suits Scott well. His tracks, which have mostly come out on his own label, are quite subtle. Though he makes some concessions to the LP form with ambient opener "A Detroit State Of Mind" and the "Sync Deeper" interlude, the other material holds up with his strongest singles. Euphonium's first rhythm track, "Distr5th," casually shifts momentum from a simple four-note arpeggio to dwell on some sophisticated, Basic Channel-style stabs. On the record's title cut, Scott offers immersive, watery dub techno with enough rhythmic torque to keep the listener from getting lost in the haze.