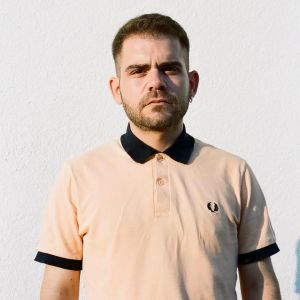 Héctor Oaks is an artist Based in Berlin coming from Madrid, he's made quite a name for himself during the last years. In 2014 he joined the KEY imprint and later became part of the Unbroken, an established collective of friends and artists from Berlin. In 2015 he started working at The Record Loft, one of the most well known record stores in Kreuzberg, Berlin.

At the middle of this year 2016, he founded his own imprint, OAKS, with its first release being one of his strongest works yet. Sound-wise, what is unique about Hector is his uncanny sense of producing truly evoking and outstanding pieces of timeless techno. Powerful, deep, raw and emotive his sound juxtaposes classic and soulful Detroit and Chicago with Berlin's modern raw and powerful sound, meanwhile infusing his trademark of authentic and enthralling melodies.

Although his production has played an instrumental part in his success, DJing was what first attracted him to electronic music and led him to production. Having started DJing at fifteen, his skill and musical selection has developed immensely over the years through both practice and dedication. This work made him appear regularly in the mighty Berghain booth, among others around Europe. London, Paris, Poland or Tbilisi (Georgia) are other places where he had also appeared recently.