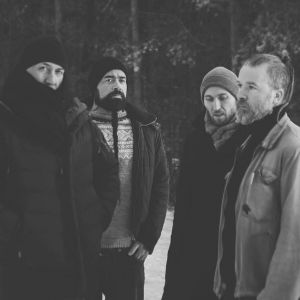 31 AUGUST 1997 was one of the hottest nights in Paris that year. Just after midnight a black Mercedes Benz rushes through the dark streets with a horde of ravenous paparazzi on tow. In the Pont de l’Alma tunnel the car swerves into a roof-supporting pillar and in the echo of the metallic roar dies Diana, the Princess of Wales. The world has lost one of its greatest icons and the morbidity of popular culture hits a new high. The story is strangely resonant with the myth of the Greek goddess Artemis (Roman: Diana) and the hunter Actaeon, who, after having seen the goddess bathing naked, is turned into a stag and torn to pieces by his own hunting hounds. This picture opens Ulver’s 13th album, The Assassination of Julius Caesar.

Such historical quantum leaps often occur in Ulver’s musical universe, which has never been bound by any physical law. And the band’s unruly play with myth, history and popular culture has never been more manifest than now. From the assassination attempt against Pope John Paul II on one day in May 1981, to the queer, black house with the address 6114 California Street, San Francisco, better known as the headquarters of Anton LaVey’s Church of Satan – Ulver moves seamlessly through time and space, and manages, in their own strange ways, to create a coherent tableau with a deeply...  more
credits