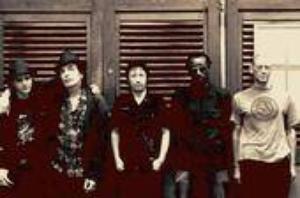 Brian James was heavily influenced by American rock bands The Stooges and the MC5. This interest led him to joining a number of bands, the most influential of these being The London S.S., a band that also featured future Clash guitarist Mick Jones. Brian first came to major public prominence as a member of the Damned. The Damned were signed to Stiff records and released the first punk single "New Rose" in the autumn of 1976. The band included vocalist Dave Vanian, bassist Captain Sensible and drummer Rat Scabies. They went on to record and release their debut album "Damned Damned Damned" for Stiff Records in early 1977. Seen as the vanguard of the Punk Movement, the Damned were one of the most in-demand bands of the era and played many dates both in the UK and abroad. The band's second album "Music For Pleasure" was produced by Pink Floyd drummer Nick Mason. Following the album, the band split, although the original line up would reunite a number of times over the next twenty five years. Brian and Rat celebrated the 30th Anniversary of their first gig on July 6, 2006, by playing the 100 Club, the venue that first hosted them in 1976. They were joined by singer Casey Chaos of Amen and bassist Mani of Primal Scream. Following his departure from the Damned, Brian James formed Tanz der Youth. The band was made up of Brian, alongside former members of Hawkwind (Alan Powell) and Warsaw Pakt (Andy Colqhoun). The band recorded one single for "Radar I'm Sorry, I'm Sorry" and were recorded by John Peel for the infamous John Peel Sessions. The band also performed a number of key gigs including a support slot on the Black Sabbath Tenth Anniversary tour, which they left after seven dates, and appeared at that year's Reading Festival. Additionally, Brian recorded a solo single entitled "Ain't That A Shame" that featured Police drummer Stewart Copeland. From here, Brian was recruited to Iggy Pop's band alongside former Sex Pistol Glen Matlock. Brian toured extensively as part of Iggy's band but did not record in the studio with him. Live recordings that feature Brian have subsequently been released. The Lords Of The New Church were formed in 1981 and featured former Dead Boys vocalist Stiv Bators, Sham 69 bassist Dave Tregunna and former Barracudas drummer Nick Turner alongside Brian James. They released several well-recieved albums, securing a cult following. They went on to do many TV performances and music videos, including working with director Derek Jarman. Tragically, Stiv Bators passed away in 1990 after sustaining injuries in a road accident in Paris. Since then Brian James has busied himself with a number of projects including his current band The Brian James Gang. The band have recorded an E.P. which includes a re-recording of "New Rose" and a full-length album due September 11, 2006. For a more detailed history, please visit www.brianjames.com www.myspace.com/thebrianjamesgang