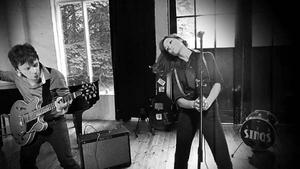 One vocal ,one guitar and pounding drums is all Sid Sings need to create their raw alternative Blues sound that has lead critics to describe them as “ A Female Robert Plant fronting The Black keys'. Known for their full on live show they have headlined many London Venues including The Blues Kitchen, The Barfly and The Borderline and have also shared the stage with The Jim Jones Revue ,Hugo Race and The Fatalists , Mama Roisin , Yat Kha , Nine Below Zero, Eli Paperboy Reed ,Johnnie Bassett and Ten Years After. They have even supported Bruce Foxton and Rick Buckler from The Jam at The Forum London. Festivals have included Guilfest, Gold Coast Ocean festival, Nozstock , Avant Garde Blues Festival Italy and Cognac Blues Passions Festival in France where they were named band of the day and stars of the nu –blues. The press described their performance as mind blowing. www.facebook.com/sidsings