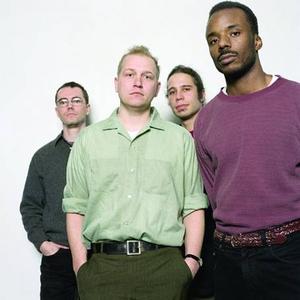 With Permissions, Prekop continues his investigation of semi-geometrical gridded patterns. However, this new body of work features his intimately-scaled, muted-palette oil paintings juxtaposed with an array of cityscape photographs featuring related compositions and colors. Rhythmic and impressionistic, his accumulations of geometric forms have a spontaneous, improvised sensibility which is in keeping with his musical tendencies (Prekop is also a member of the indie rock group The Sea and Cake). In Modern Painters (Summer 2003), critic Barry Schwabsky observes, ãjust as the elementary drawing out of which his abstract cityscapes are built looks styleless but ends up forming a quite specific style, his offhand way with a tune, as if refusing to impose an emotion on it, communicates a very particular feelingä. This will be Sam Prekop's second solo exhibition in New York. His paintings have been featured in recent group exhibitions at Galerie Ghislaine Hussenot, Paris, and Mixture Contemporary Art, Houston. Prekop and The Sea and Cake released their seventh album, One Bedroom, in the Spring of 2003