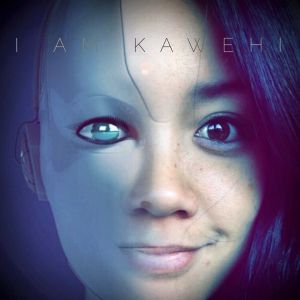 KAWEHI One-woman musician and performer, Kawehi (aka: I am Kawehi), headlined on a Monday night at Barboza and drew in a very engaged crowd. A live looping artist and musician, Hawaiian native who is currently living in LA, Kawehi looped and layered live, using vocals, beat boxing, body percussion, an electronic keyboard, guitar, a looping machine, and a laptop computer. She started out each song by building upon a foundation of live background loops (vocals, percussion, instrumentation) and layered them into song – a practice that prevails amongst artists in the electronic digital genre. Kawehi did an impressive mashup as she interpreted and drew a connection between seemingly unrelated songs (Gotye’s “Somebody That I Used To Know,” Britney Spears’s “Toxic,” and Journey’s “Don’t Stop Believin'” to name a few). Her mashup started by laying the foundation, which consisted of recording her own background vocals “oooooohs,” a finger snapping loop, and a bass riff loop. She then created a live musical collage using these same background loops as she slid from song to song. Along these same lines, she performed a multitude of covers – the audience unsure which song she was re-creating until it all pieced together. She did one hell of a badass cover of Nirvana’s “Heart Shaped Box,” and the provocatively industrial NIN’s “Closer.” The audience sang alongside as she sang Michael Jackson’s “The Way You Make Me Feel” and Elvis Presley’s “Can’t Help Falling in Love.” Her talent is not lost merely in cover songs. She also writes her own songs and has an EP out called Robot Heart. She opened the set with “Like Her,” and performed other songs throughout her set from the album, including the album title “Robot Heart” and “Anthem.” Her sound has R&B pop influences, and as described above, she pulls you in layer by layer as her voice invites you further with her sweet vocal innocence. I was impressed by her live performance as she pulled me in with each layer of sounds and vocals, her amazing beat boxing, and her occasional climactic vocal projections. Kawehi, who terms herself “I am Kawehi” does indeed know who she is. She knows what she’s doing and she’s clearly enjoying it. https://www.facebook.com/iamkawehi