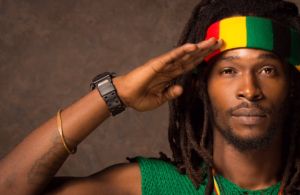 hen Jesse Royal was only a cub, the Lord revealed to his mother that she would have to release one of her sons to the world, proclaiming “he will be a psalmist, declaring righteousness and justice throughout creation.” As Jesse matured into a young lion, his mother observed in him a strong sense of integrity and a natural ability to positively affect those around him. But, it was his deep spirituality, passion for life and unique connection to music that would convince her that he was being molded to be used by the Creator. Jesse David Leroi Grey, aka Jesse Royal, was born April 29, 1989. He enjoyed his early years in the hills of Maroon Town and the District of Orange in St. James before moving in the late 90’s with his mother and brother to join his father in Kingston. As fate would have it, Royal developed a special relationship with Daniel ‘Bambaata’ Marley (son of Ziggy Marley) at school. His friendship with Daniel proved to be fuel to the fire as they shared a deep passion for music and football. Their friendship evolved as they spent a great part of their childhood together. Soon the natural inclination confirmed they were simply brothers with different mothers. As these cubs became lions so grew their devotion to music. With the help of longtime friend Curt ‘Qban’ White they began composing and creating their own music. And together they proceeded to fulfill what they knew was a predestined musical journey, designed to inspire, engage and unite people beyond all geographic borders.