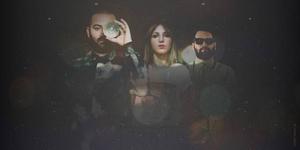 Girl With The Gun initially form as a duo in Italy between 2006 and 2007. Matilde Davoli and Andrea Mangia aka Populous give life to this psychedelic electronic-folk project, redefining their musical past. She has years of electric guitar and sweet vocals behind her in the indie-pop band Studiodavoli. He' s breaking out from electronic experimentation on his other new project LIFE & LIMB. In 2008 they release their first self-titled work, with an abundance of collaborators that help the duo create a soundscape of dream and melancholy. Firstly, with the singer Giorgio Tuma (co-author of two songs), then with the former Slowdive's Simon Scott, Short Stories (the New York singer and Populous' "partner in crime") and the multi-instrumentalist James Banbury (ex-of The Auters and collaborator of U2 and Tricky). In 2010, the duo meet talented drummer Andrea Rizzo, who's already involved in many musical projects of national importance. The line up grows into three elements, and includes Andrea as an integral part of the band. They start the production and recording of their latest work to be released in 2013 on Bad Panda Records and Folk Wisdom. A broader, more arranged pop album. www.facebook.com/girlwiththegun

Tutti gli eventi per girl with the gun