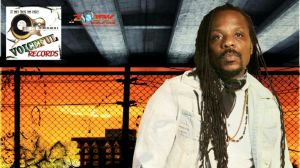 ‘Di Living Fire’, is an internationally known Reggae Artist based in Jamaica.

He was brought to lije in Jamaica, by his mother at the tender age of six weeks. Raised

solely by his grandmother in a community on the outskirts of Spanish Town, Fenda

Connecticut. Fenda returned to Jamaica shortly after graduating from Winsor to pursue

his love for music and to reconnect with the people, whose spirit and culture shaped

son John John, which he then followed with “The Glue”.

Jammy’s label, on which he recorded his first big hit “Jah it’s All About You” on Jammy’s

Drop Money Money Riddim in 1996, and was featured on several charts in Jamaica and

throughout the Caribbean prompting Fenda’s first music video, which was also well

received by Jamaican and Caribbean audiences. This success gained him popularity

and respect, and opened the doors for him to record with several other well-known

producers including Shocking Vibes with whom he released the single “Fat Round Yah”.

on his career and was able to establish himself as a strong force in dancehall. Over the

next couple of years Fenda churned out many hit tunes, which helped solidify his

presence in the music industry. In 1998 he released his second big hit “Mi See It Clear”

received heavy rotation on the air waves. He then went on to release more dancehall

hits like “Right Time Come” on the Ticks Riddim, “Lift it up” on the then popular Bellyas

Riddim with a video that created a buzz, Fenda’s songs were on heavy air rotation as

he kept himself relevant in the public’s eye and delivering stage shows.

appreciated transformation. Fenda became a Rastafarian as he embraced (their/ the

songs like “Life Ruff Out Deh” a number one hit as well as others such as “Better Days”,

album released in 2007 by Greensleeves Records. This album featured his

quickly rose to #1 on the local charts and remained in the Top 30 for 26 weeks.

Chuck Fenda continued on his journey, spreading the word of Jah amongst his

listeners, and in 2013 released the album ‘Jah Elements’.

He is currently recording his sixth studio album in Jamaica, to be released in the spring,

and touring internationally, with his next European tour kicking off in March 2016.