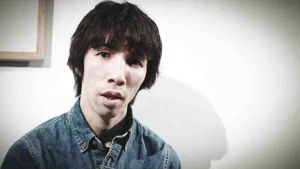 Anchorsong has become globally recognised for his unique live shows, which many people have described as "like watching a painter drawing on a white canvas", as he creates electronic music completely live using a sampler (MPC2500) and a keyboard, right in front of the audience. While he mainly performs solo, he frequently augments this setup with a string quartet, for a truly spellbinding show.

Since his relocation from Tokyo to Europe in late 2007, Anchorsong has supported the likes of Bonobo, Prefuse 73, DJ Krush, Daedelus, Jaga Jazzist and more. He has garnered an international following on YouTube, with videos of his performance.

After wowing the crowds at SXSW 2009, he found himself the subject of a new level of attention, going on to make several appearances on BBC Radio 1, with radio play from Rob Da Bank and a live Maida Vale session for Huw Stephens' In New Music We Trust show in early 2010.

Having put out three successful EPs in Japan, all of which were released as double packs containing a CD and a live DVD, Anchorsong's international debut, "The Lost & Found EP" was released on 28th March 2011 on his own label, Case Study.

In November 2011, his highly anticipated debut album, 'Chapters' was released worldwide on Tru Thoughts Recordings. It received the likes of tastemakers including Huw Stephens, John Kennedy (XFM), Oneman and Laurent Garnier. The 1st single "Plum Rain" became an instant classic and stayed in Top 40 of The Hype Machine for a week. He kept himself busy touring in 2012 including the appearance on SonarSound Tokyo'12, Outlook Festival and Boiler Room.

After spending 2 years in Japan to focus on producing,  "Mawa EP" was released on 18th August 2014 on BBE. It received the likes of Gilles Peterson, Karizma, Osunlade, Craig Smith etc.

With his second LP "Ceremonial" released on Tru Thoughts in Jan 2016, Anchorsong will aim to further blend traditional and modern music with what is set to be a richly textured tapestry of outward-looking sounds. Expect new ground to be trodden, with tribal rhythms fitting in seamlessly with all the modern wizardry you would expect from a 21st century composer.