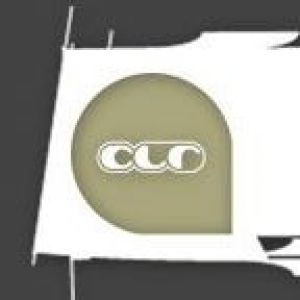 Coming up at The Cellar

Following releases from Kassem Mosse, Move D and Lowtec on her Workshop label and a #4 track on RA's top tracks of 2016, Willow joins GLUE for another Thursday night of dance music. read more

Oxford's longest-running night for all things reggae returns with legendary London roots five-piece The Majestic live onstage. Formed way back in the early 80s by Tony Alli and Faada Ras and currently enjoying a resurgence thanks to earth-shaking shows at Boomtown Festival and an acclaimed new LP, this is lovingly-crafted roots-rock-reggae at its most regal. On the decks Count Skylarkin and special guests take you through 50 years of soundsystem culture - from calypso, ska and rocksteady through to dancehall, bashment and jungle!read more

ITS ALL ABOUT THE MUSIC PRESENTS...OSPREY’S BIRTHDAY GIG

A heavy-hitting techno master, Berlin's Prosumer always brings disco beats that define a night out. A Resident Advisor podcast regular, he's one of the most well-respected DJs on the circuit.

He comes to The Cellar in Oxford on February 25th, and it's set to be unforgettable.

After an incredible second party in second week, we're back!

For one night, get down to Cellar for some soulful, funky house and treat yourself to a wiggle on a school night: it's set to be a big one! Decorations will be acquired, a strong DJ lineup announced, and there'll be a competition in due course too!

Fresh from her set at Berghain, Debonair will be coming to Oxford on March 2nd to bring you the best house, disco and techno around. She has graced the decks of Corsica Studios and Dance Tunnel, sharing a bill with the likes of Lena Wilikens. Cuntry Living is excited to be presenting one the best female selectors about. This will be a not-for-profit night fundraising for the zine.

A Brixton institution of Afrobeat, funk and psychedelic highlife since 2006. Their 8 piece funky Afro-fusion has rocked Womad and The Jazz Cafe and they have featured in privileged support slots for Afrobeat royalty Seun Kuti and Ebo Taylor and RnB diva Jocelyn Brown.

INDUSTRY: is a new event series organised by Industry magazine, showcasing a variety of electronic music ranging from Chicago house to Detroit techno all the way through to disco and afrobeat and everything in between! Our first night features an awesome all-female line-up, including your favourite DJs from some of Oxford underground’s leading nights. Come and join us at The Cellar for a wicked night of Industrious grooving and some seriously good vibes.

BURNING DOWN THE HOUSE

Come on down to Cellar for a night of swinging from the ceiling to Blondie climbing up the walls to Bowie and boogying on down to Bonnie M. We'll be waiting with your favourite unflattering photographer, a microphone that makes you go down on your knees for Like a Prayer and music you can REALLY DANCE TO! read more

After a mid-term residents' night, we're back with more bookings and this one is quite a force to be reckoned with! Based in Amsterdam with a style to match, San Proper is one of those DJs who can please the heads with his deft manoeuvres between disco groove and gritty house, as well as entertaining crowds with his vibrancy behind the decks. A repeat booking for this year's jaw-droppingly innovative Dekmantel lineup, this won't be one to miss!

muSaicon was formed by five friends, sharing the same passion for traditional greek music muSaicon comes from the words ‘music’ and ‘mosaic’ and reflects our needs to enjoy and play music from different areas, eras and cultural movements of our countries. We are a versatile band and always welcoming guest musicians. Join us for a night full of greek music and dance! Pelagia (vocals, mandolin), Foteini (vocals), Michalis (bouzouki, Cretan lyra, vocals), Giannis (guitar), Philippos (percussion)

CINEMA UNDER THE STAIRS

The Jidaigeki based on a Manga strip and re-cut for a U.S/U.K audience, Shogun Assassin was unleashed upon the Grindhouse faithful who inhaled it with sadistic relish.

Funded by Warhol protegé David Weisman and distributed by B-movie king Roger Corman, it remains a lasting influence in pop culture, not least with hip-hop acts The Wu-Tang Clan and Cage.

Your evil government's home office banned it because of its excessive violence, which is the very reason why you should buy a ticket for it immediately!

Oxford's only Goth night returns to give you the latest and greatest in Goth(Trad, Deathrock, New Wave, EBM, Industrial, 80s) to keep you glued to the dancefloor.

Keeping it dark and spooky at The Cellar since 2001!

We are hugely excited to be doing our first gig in Oxford, with a fantastic line up for your delectation!

The Black Delta Movement, Hull based, with a psychedelic garage sound and many different influences ranging from the likes of The Brian Jonestown Massacre, Black Rebel Motorcycle Club, The Small Faces and The Black Keys amongst others.

Psyence combine the kind of ear-mangling riffs of Tame Impala and The Black Angels with effects-heavy swirling backing and mesmerising vocals, Psyence effortlessly hark back to the 60s psychedelic rock wellspring.