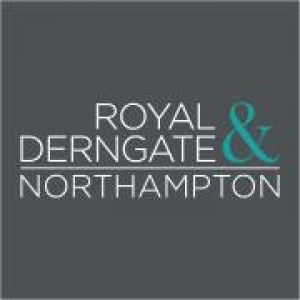 Northampton Gilbert & Sullivan Group are delighted to be returning to Royal & Derngate with their latest production Patience. All the well-born…

For one night only 3 hours of pure '60s nostalgia. Seven legendary names take to the stage and deliver to…

Come and see an all-new production of this fabulous show starring Alexandra Burke* (X Factor, The Bodyguard). Directed and choreographed by…

Ruth Rendell's A Judgement In Stone

Eunice struggles to fit in. When she joins a wealthy family as their housekeeper the very reason for her awkwardness, long…

Don’t miss our Friday night comedy club on the Underground stage. This season features many of comedy’s rising stars - click…

Tickets for this concert are now sold out. Having already announced a very special live show for Teenage Cancer Trust…

Following a series of sold-out preview shows in November and December 2016, Russell Brand brings his new stand up tour to…

Bernie Keith: (Can Barely) Stand Up

Following a series of sell-out shows around the county, the local radio presenter gives his last performance on home turf…

Death Of A Salesman

Willy Loman is not as young as he once was, and boy is he feeling it. After half a lifetime…

Join the world-renowned Royal Philharmonic Orchestra for a fun-filled, relaxed concert especially for families with children and young people with…

Matthew Bourne is hailed as the UK’s most popular and successful Choreographer/ Director. He is the creator of the…

Following its success in the West End, Las Vegas and on Broadway, Million Dollar Quartet is touring the UK. This worldwide…

Royal & Derngate Young Company are inviting writers to submit a short story, poem or sketch inspired by our upcoming…

An Evening With Boycott & Aggers

The extraordinary odd couple return by popular demand with a new show to enthrall, dazzle and entertain. Geoffrey Boycott will…

The National Theatre Connections festival is a celebration of young people, theatre-making and the importance of access to the arts.…

The ELO Experience are the world's foremost tribute to The Electric Light Orchestra. With a sensational string section, a stunning light…

A musical treat by the community for the community. Rock Choir is the UK's most popular contemporary choir network. Its…

Three murders One Suspect No proof Following the sell-out success of The Perfect Murder at Royal & Derngate in March, the…

Stuart Goldsmith - Compared To What

Fresh from appearances on Russell Howard’s Stand Up Central (Comedy Central), Alan Davies' As Yet Untitled (Dave) and a month…

Look who's moved into the neighbourhood! Everyone's favourite kooky family are now on stage in the UK premiere of this…

The Grapes Of Wrath

A co-production with Nuffield Southampton Theatres, Nottingham Playhouse and West Yorkshire Playhouse. Based on the classic novel by John Steinbeck,…

Tours leave every five minutes and last 45 minutes at Sixfields Stadium. 2015/16 was arguably the most dramatic and euphoric…

Omid Djalili - Schmuck For A Night

Award winning comedian and actor Omid Djalili known for his legendary stand-up performances is back on a nationwide tour. Intelligent,…

Tez Ilyas - Made In Britain

Join one of the UK’s most exciting rising stars as he heads out on his first nationwide tour. In 2015,…

Live On Mars - A Tribute To David Bowie

For Lilly, going to Indonesia isn’t just another holiday with mum. It’s a new start, and the chance to ride…

Sand In The Sandwiches

John Betjeman was the nation’s favourite poet. Sand in the Sandwiches celebrates a man famous not only for light verse…

Using stories and other things that are secret Count Arthur Strong, showbiz legend, pays tribute to one of the best…

Henning Wehn - Westphalia Is Not An Option

Join German Comedy Ambassador Henning Wehn for an evening of teutonic jolliness at its best. After his last show tackled…

That'll Be The Day

After an incredible three decades of touring, the UK’s number one rock ‘n’ roll variety production returns to Northampton with…

The creative force behind the hugely successful Vampires Rock, Steve Steinman’s all new hit show is set in the future…

The World’s Greatest Drummer Concert is the most anticipated concert on the drumming calendar. This concert features three of the…

Liza Pulman, the acclaimed singer and comedienne of Fascinating Aida, celebrates the songs of the great Barbra Streisand with her…

“Somewhere, hidden amongst the thorny brambles is a little kingdom where everyone is very very small...” From the makers of…

Fresh from his hugely memorable performance on 2016’s I’m A Celebrity Get Me Out Of Here, one of the UK’s…

Royal & Derngate’s very own Community Choir bring a touch of gospel, soul, reggae and modern/contemporary music to the mix…

Join Voluntary Impact Northamptonshire for their annual concert. School children, stage schools and community performance groups from across the town…

Often acclaimed as the World’s Official No.1 Eagles tribute, The Illegal Eagles return to the stage in 2017, this time…

Following his sold out show on Wed 5 April, Russell Brand returns to Northampton with his new stand up tour. What is…

Fame Jr. is a bittersweet and inspiring story about a diverse group of students who dedicate themselves to four gruelling…

Adapted by Declan Donnellan. A terrifying encounter with an escaped convict forever changes the life of the orphaned Pip. Turning…

Programme to include music from: Gladiator, The Lord Of The Rings, The Bodyguard, Titanic, Pirates Of The Caribbean, Star Wars®…

A co-production with English Touring Theatre and Rose Theatre Kingston. Rules are broken, lies are told and secrets exposed. Everyone…

The Tiger Who Came To Tea

A musical play adapted and directed by David Wood, based on the book by Judith Kerr. The tea-guzzling Tiger roars…

Phil is a 27-year old stand-up comedian on his first tour of the UK. He has appeared on Have I…

Shirley is a Liverpool housewife. Her kids have left home and she makes chips and egg for her husband while…

It’s 1997 and it’s the last week of term at the local secondary school. Miss Haines has lost the mock…

Sean Kelly And The Stars Of Storage Hunters

The ever-smiling, ever-shouting auctioneer and star of Storage Hunters, Sean Kelly, will share more about his unusual story in this…

Please note, this is the same tour as Stewart Lee's sold out date here on Sat 25 March. After four…

OMG you guys! Legally Blonde The Musical is coming to Northampton! The smash hit Broadway and West End Musical, based…

NMTC - The Wizard Of Oz

Following their success with 2015's Sister Act and Grease this year, Northampton Musical Theatre Company return with a magical adaptation…

Following a huge UK sold out tour this year, Britain’s Got Talent winners Collabro embark on their third nationwide tour,…

Milton Jones Is Out There

Milton Jones Is Out There. No, really out there and this time he hasn't just forgotten his keys. He's holding…

Lulu - All About The Music

Following on from her smash-hit 2016 tour, Lulu returns with her biggest tour yet. For this acclaimed singer, songwriter, actress,…

Written by Willy Russell, the legendary Blood Brothers tells the captivating and moving tale of twins who, separated at birth,…

Jools Holland And His Rhythm And Blues Orchestra

Simon Amstell - What Is This?

Following a series of critically acclaimed, sold out international tours, Simon Amstell begins his fifth stand up tour in the UK.…

By Henrik Ibsen In a new version by Patrick Marber Just married. Bored already. Hedda longs to be free… Following…

It’s never too early to book for next year’s Royal & Derngate pantomime! Packed with all of the traditional pantomime…

A Passage To India

Based on the novel A Passage To India by E. M. Forster. British India. A jagged pavement of cultures split under…

Join the ultimate feel-good party at MAMMA MIA!, the world’s sunniest and most exhilarating smash-hit musical! Set on a Greek…

Love From A Stranger

A play by Agatha Christie and Frank Vosper. In association with Fiery Angel LTD. “Where large sums of money are…