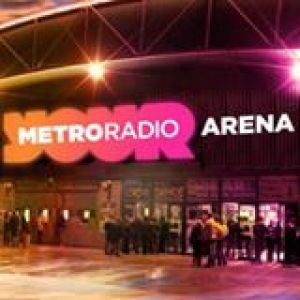 Event Calendar
Looking for something specific? Select events by their category opposite.

Tuesday 25th October 2016
Nickelback
Multi-platinum selling rock band NICKELBACK are set to embark on a massive headline tour in 2016. Starting in Helsinki, Finland on the 2nd September and culminating at the Metro Radio Arena, Newcastle on the 25th October, with support coming from fellow Canadian rockers MONSTER TRUCK. The tour marks NICKELBACK’s tenth world tour and will see the band performing in 30 cities across Europe this Autumn.
BOOK NOW MORE INFO

Sunday 6th November 2016
WWE Live
WWE have announced that its unique brand of action packed entertainment is returning to the UK in November 2016. WWE LIVE is unique blend of sport and entertainment, combining in-ring match action with dramatic entertainment. Bursting with all the drama and energy of a rock concert, in a fun, lively and exciting environment, WWE Live is the ultimate in family entertainment.
BOOK NOW MORE INFO

Tuesday 22nd November 2016
Simply Red 25 Years of Stars Live
Simply Red take their classic album ‘Stars’ on the road this November in what will undoubtedly be one of the highlights of the year. The first half of this special show will feature the entire ‘Stars’ album in its original running order while the second half of the show will feature hits and classic Simply Red songs.
BOOK NOW MORE INFO


Thursday 1st December 2016
Michael Ball and Alfie Boe 'Together'
Two of the greatest voices in the world, the nation's leading musical theatre star, Michael Ball and the nation's favourite tenor, Alfie Boe, today announce that they are joining forces for the first time, to record a brand new album as well as take to the stage for a unique UK headline Tour.
BOOK NOW MORE INFO


Tuesday 13th December 2016
St Oswalds Hospice Light Up a Life
Remember someone special this Christmas and support St Oswald's Hospice. Every year thousands of people, with or without a direct connection to the Hospice, remember a loved one by dedicating a light on our Light up a Life Remembrance Tree and making a donation to St Oswald's. These lights will be unveiled at our Light up a Life services in December.
BOOK NOW MORE INFO

Wednesday 21st December 2016
Best Ever Christmas Show and the Story of Jack Frost
Get ready for a Christmas extravaganza like you’ve never seen before because the BEST EVER CHRISTMAS SHOW is on its way to Newcastle for two magical performances at the Metro Radio Arena. A big, brilliant, fun-filled festive extravaganza with songs, snow and of course Santa!
BOOK NOW MORE INFO


Thursday 22nd December 2016
Status Quo The Last Night of the Electrics
In February 2016, Status Quo announced that this year would see their last full-on electric shows. Now the band are unveiling the dates; “The Last Night Of The Electrics” tour will begin in October with a high profile stint across Europe, visiting the UK for a spectacular send-off in December 2016. After this tour the Telecasters shall finally be unplugged and amps turned off.
BOOK NOW MORE INFO

Thursday 12th January 2017
Avenged Sevenfold
In December 2013 AVENGED SEVENFOLD celebrated their No. 1 album ‘Hail To The King’ with a sold out arena tour taking in Manchester, Birmingham and London’s Wembley Arena. Now the band are set to return to the UK bigger and badder than ever. They have announced an eight date UK tour for January 2017 which includes the Metro Radio Arena Newcastle on Thursday 12th January 2017
BOOK NOW MORE INFO

Friday 24th March 2017
Russell Howard - Round the World
Critically acclaimed “Comedy Superstar” (Time Out), one of the best-selling acts in British stand-up, and host of the smash hit TV show Russell Howard’s Good News, Russell Howard returns to the live stage for the first time in three years with his biggest global tour to date – Round The World.
BOOK NOW MORE INFO

Friday 5th May 2017
Adam Ant
Following the hugely successful Kings of the Wild Frontier tour earlier this year, which saw Adam play his classic and now iconic album to over 30,000 fans in sold out venues across the UK, Adam Ant has announced ANTHEMS The Singles Tour.
BOOK NOW MORE INFO


Saturday 6th May 2017
Chris Ramsey
A brand new stand up show for 2017 from the comedian you've seen on The Royal Variety Performance, Celebrity Juice, Hebburn, Live At The Apollo and various newspapers when he was wrongly arrested in a hotel in his underpants.
BOOK NOW MORE INFO

Saturday 13th May 2017
Professor Brian Cox Live
Now coming to even more venues across UK and Ireland in Spring 2017 it’s the hotly anticipated tour by the acclaimed Professor Brian Cox, OBE. The show will take audiences on a dazzling journey through space and time, delving into ‘high science’ and freewheeling on the edges of the known cosmos.
BOOK NOW MORE INFO

Thursday 22nd - Saturday 24th June 2017
Mrs Brown's Boys presents Good Mourning Mrs Brown
Mrs Brown’s Boys is heading to the Metro Radio Arena as part of their 2017 Tour, which follows a very busy twelve months. After a sell out Tour of Australia and New Zealand and following the “Live” Episode of Mrs. Brown’s Boys as a special for BBC’s 60 Years of Comedy with an Audience of over 11m in July – SHE’S BACK with the hilarious “Good Mourning Mrs. Brown”.
BOOK NOW MORE INFO