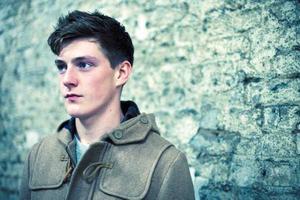 Brighton based Will Knighton is regarded as one of the most hotly tipped young producers and DJ's to emerge from the UK Bass scene. Blurring the lines between house, dubstep and Dutch techno, Dismantle was catapulted into the limelight after his massive 'Computation' track, getting hammered by the likes of Annie Mac, Diplo, Skream, Zane Lowe, Mista Jam, Toddla T and all the key tastes makers. Since then he continues to run his own label 'Gangoon Dubz' and has released on Gold Rush, Wheel N Deal and Caspa's Dub Police imprint. 2012 saw Dismantle sign to Shy FX's Digital Soundboy label and release his critically acclaimed 'Warp EP' in July. Will also turned out massive remixes for Toddla T on Ninja Tune and more recently his brilliant re-work of A-Trak & Zinc's 'Like The Dancefloor' on Fools Gold/Rinse, not to mention cementing himself as a firm festival favorite with killer performances at Ibiza Rocks, Outlook, Lovebox, Hideout, ADE & Global Gathering to name a few. Oct 2012 saw Will host a 4 week residency on BBC 1Xtra as part of the BBC's Xtra Talent program and he also guested on Radio 1's Diplo & Friends show. Already a firm favorite with the likes of Skrillex, Diplo, Annie Mac and Skream, Will is now busy working on his next EP and eventually his debut album for Digital Soundboy, due for release in 2013. http://www.facebook.com/dismantleofficial