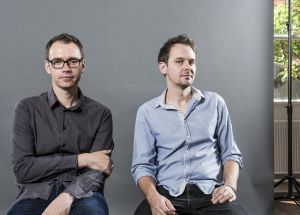 Biografia
Sodastream are an Australian duo consisting of Karl Smith (vocals, guitar) and Pete Cohen (double bass, backing vocals). From 1998 to 2007 they toured regularly across Australia, USA, Europe and Japan with support coming from John Peel, Moby, Rough Trade Records and VPRO in Holland. They began working together again in 2013 and they are about to release – Little by Little – their first new record in ten years.