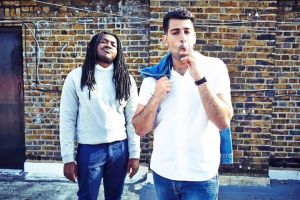 In the two years since Shanty hit the scene, the band has made appearances all over UK & Europe at some of the most renowned festivals such as Glastonbury, Outlook Festival, Bestival, Secret Garden Party, Rototom Sunsplash,
Kendal Calling and more. As well as touring and sharing the stage with the likes of Sticky Fingers, Kevin Parker & Mark Ronson, The Wailers, Easy Star All Stars, Bastille, and Madness.

"horns a plenty, an abundance of bass and chilled rhythms guaranteed to put a smile on your face...an absolute gem" - Louder Than War