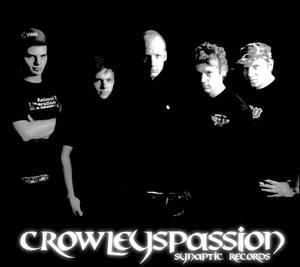 Biography: empires rise and empires fall.....all things will come to an end,but for every ending, there`s also a beginning.....after 1 year of passion, devo decide to leave CP*-he went to settle the score.....also piot wanted to take a break for his university until summer 2006.....this gave CP* the chance to pratice with the most talented drummer CP* have ever seen. KRIZ "machine" entered the area.....also PAT from formal global pollution is now at the 4 string passion .....with this new blast and skills, CP* rise up and wrote 10 new songs a lot of enthusiasm the entire band felt and planned the next level....2006......not only musically, but also in terms of showing the listener that they will stay true to both realms of music that they draw from.....the melodic-metal with finest hardcore elements.....CP* will enter the RAPE OF HARMONIES STUDIO ( heaven shall burn) again and record 10 new tracks on their first full length cd.....DEAD IRONY REC.(be) & SYNAPTIC REC.(it) will put out our new full length in 2k6.....So be prepared and all war will come to an end........  Band Members: pekka - vocals; seb - guitar; ben - guitar; pat - bass; kriz - drums.  Influences:  read the inside knowledge review and you understand : Crowley’s Passion (D) has for the most part thanks to Pekka’s vocals something special going on. They still have that Reprisal / Arkangel blood thirsty sound, like they also had on “Love Kills” (2002), but it seems to have more of a killer instinct, maybe it’s that slight Throwdown touch some songs have, or that violent groove that’s make things happen every now and then. Plus that with a bit of chaos a song like “Solution” just keeps you left in total awe. How did they do that tempo switch without colliding into a concrete wall? Amazing drummer… Martijn Welzen Official website: www.crowleyspassion.com - SUONANO: 29-09-06 Faenza @ Capolinea w/ Dying in Her Arms 30-09-06 Prato @ Cencio's w/ Incoming Cerebral Overdrive 01-10-06 Roma @ Traffic w/ Inferno. Ebola